Even if your holiday plans extend no further than a deckchair in your garden, you can still dive into the pages of a brilliant novel. YOU’s books editor Natasha Poliszczuk rounds up the best reads for every type of adventure

FOR A CLASSIC BRITISH BREAK 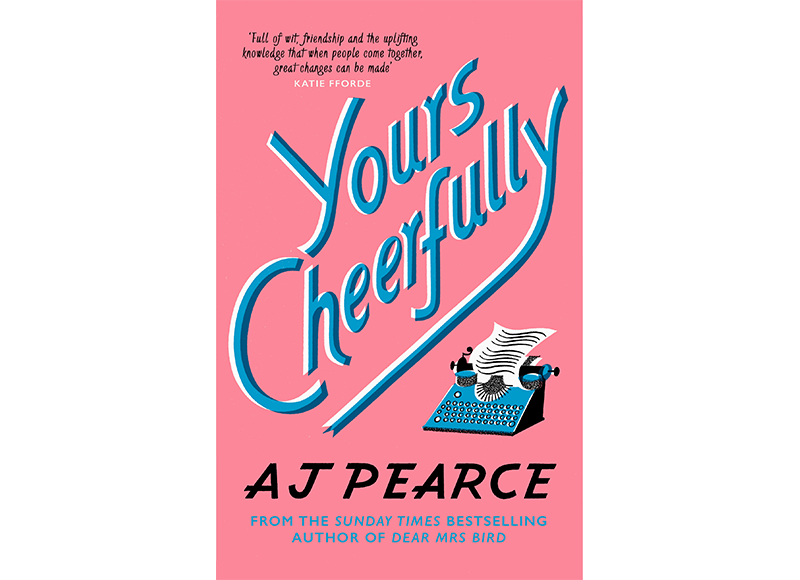 Taking up where the bestselling Dear Mrs Bird left off, we’re back in the Woman’s Friend offices, where our intrepid heroine Emmeline Lake is Doing Her Bit as a wartime advice columnist. Charming and comforting. 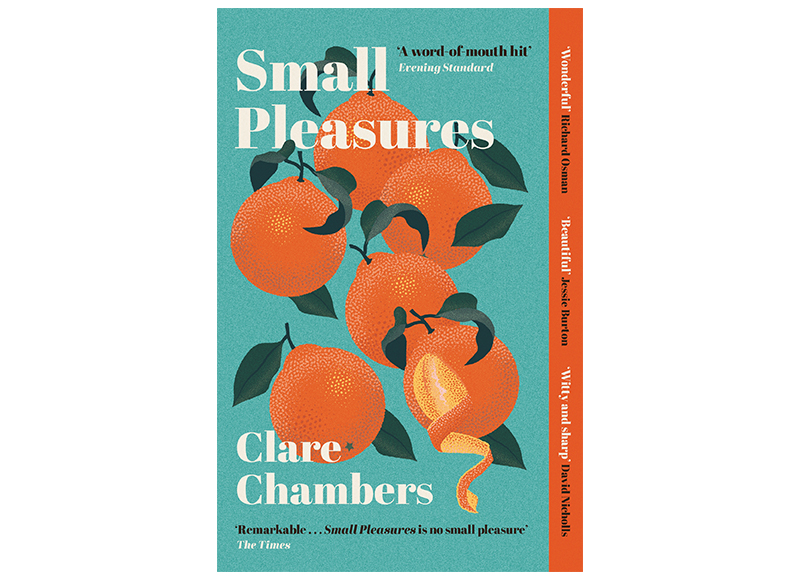 Jean Swinney, a journalist on a local paper who lives in the suburbs with her querulous mother, is sent to interview Gretchen Tilbury, who claims to have had a virgin birth. This is the prompt for Jean’s awakening, as she is drawn to both Gretchen and her mild-mannered husband Howard. A near-perfect book. 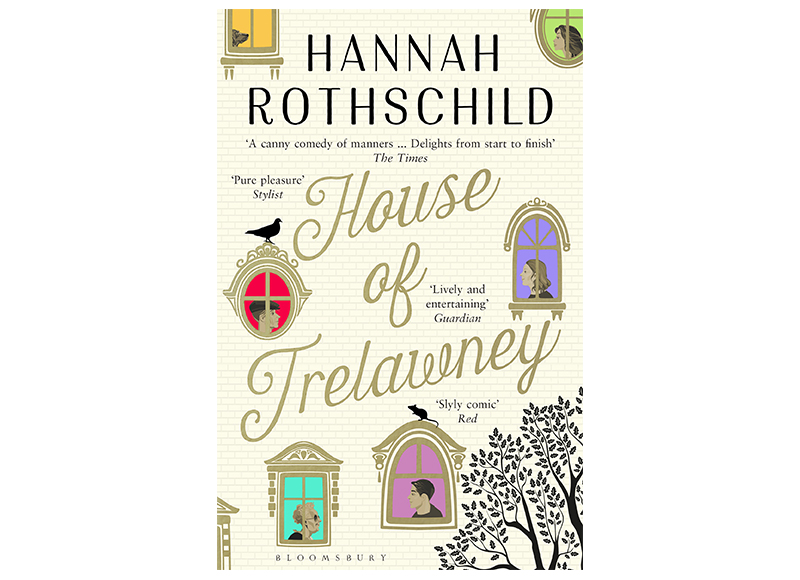 Imagine Evelyn Waugh meets Nancy Mitford, with some Jilly Cooper thrown in, and you have this splendid romp. A rather terrible, dysfunctional aristocratic clan struggle to save their Cornish estate. Hilarious, escapist bliss.

ON THE HUNT FOR ADVENTURE? 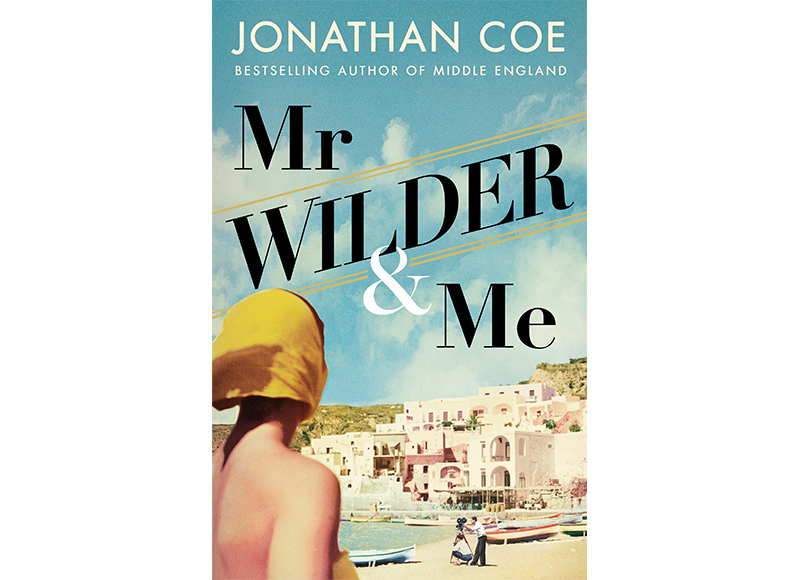 In 1977, on a sun-drenched Greek island, wide-eyed Calista finds herself working for the legendary film director Billy Wilder. As she is drawn into his world, we’re swept from Greece to Hollywood and on to London. A nostalgic, atmospheric coming-of-age story. 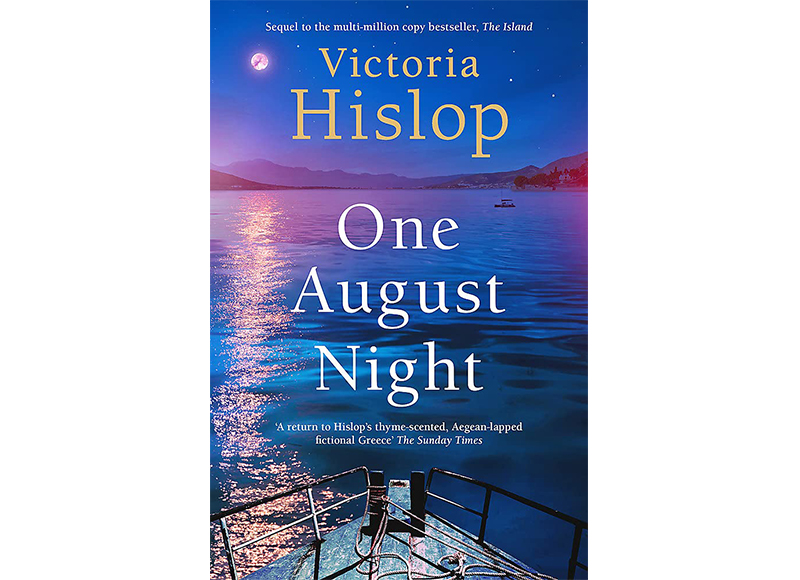 The sequel to bestselling The Island reveals what happened after the closure of the leper colony on Spinalonga and the return of its inhabitants to the mainland. Hislop sticks with her winning formula of strong storytelling steeped in local colour. Close your eyes and you can almost feel the Greek sunshine on your face. 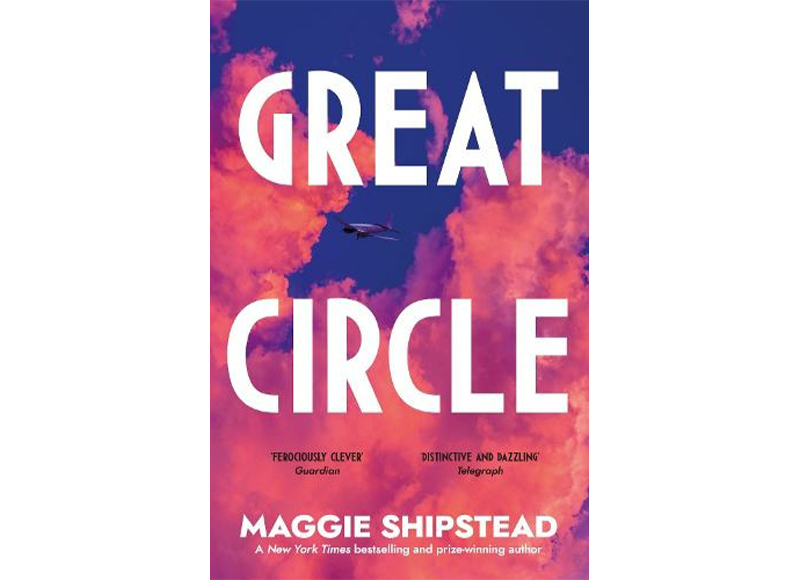 This soaring epic ranges across years and continents. Accomplished aviator Marian Graves vanishes while attempting to navigate the globe in 1950. Spool forward to this century and Hollywood ingénue Hadley Baxter is investigating Marian’s fate. 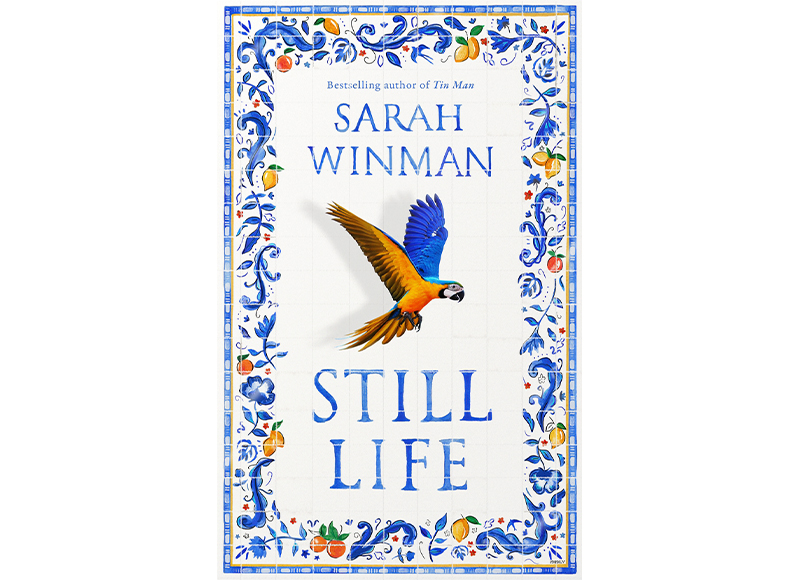 A soldier and an art historian (and possible spy) meet in a ruined wine cellar in Tuscany. As the bombs fall, they discuss art, love and fate ‒ and then go their separate ways, their lives changed for ever. A beautiful, big-hearted epic about love in its many forms. 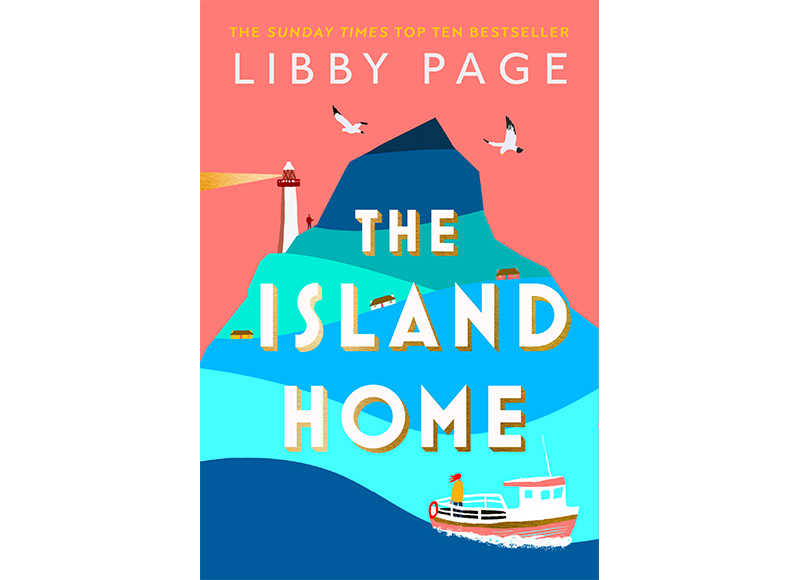 A great warm hug of a story from the author of The Lido. Lorna has spent her life running away from her upbringing ‒ her parents, her unhappy childhood and Kip, the remote Scottish island where she grew up. Returning to face the past, could this be her chance for redemption and love? 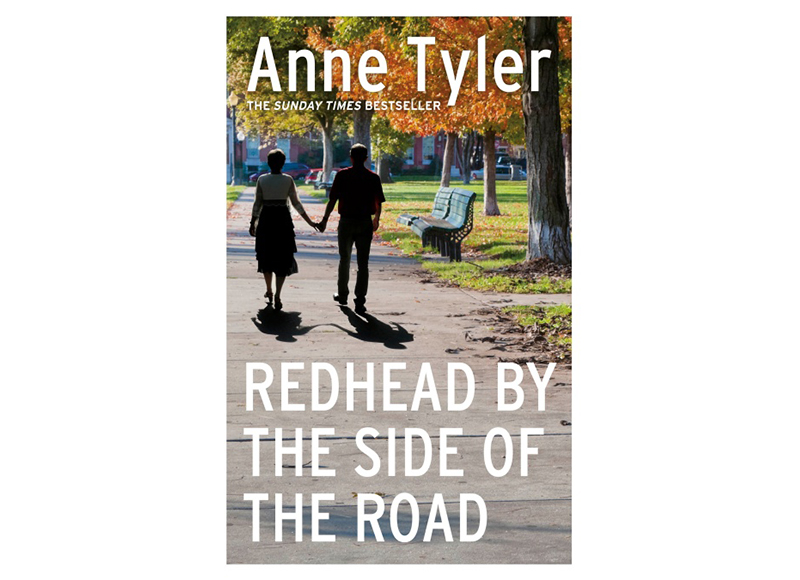 Micah has the most orderly life imaginable, but it is thrown into chaos when his ‘woman friend’ breaks up with him, and a teenage boy appears on his doorstep, claiming to be his son. Tyler has an almost uncanny gift for depicting the importance of minutiae on which relationships turn. A charmingly offbeat love story. 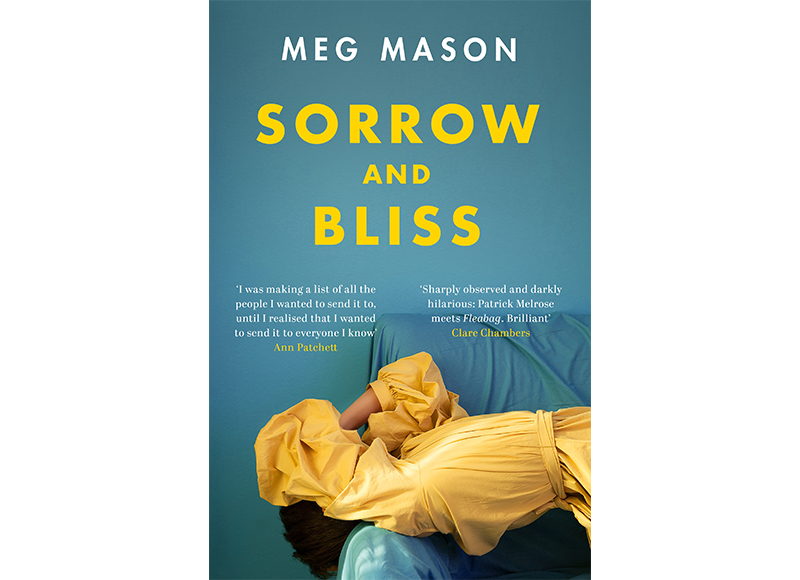 Probably the best book you’ll read this year. Martha, the straight-talking narrator of this startlingly fine debut, is grappling with mental illness and the aftermath of her marriage to Patrick. But the true love story here is the one between Martha and her sister Ingrid. Brilliant, bleak, hilarious: the book of the summer. 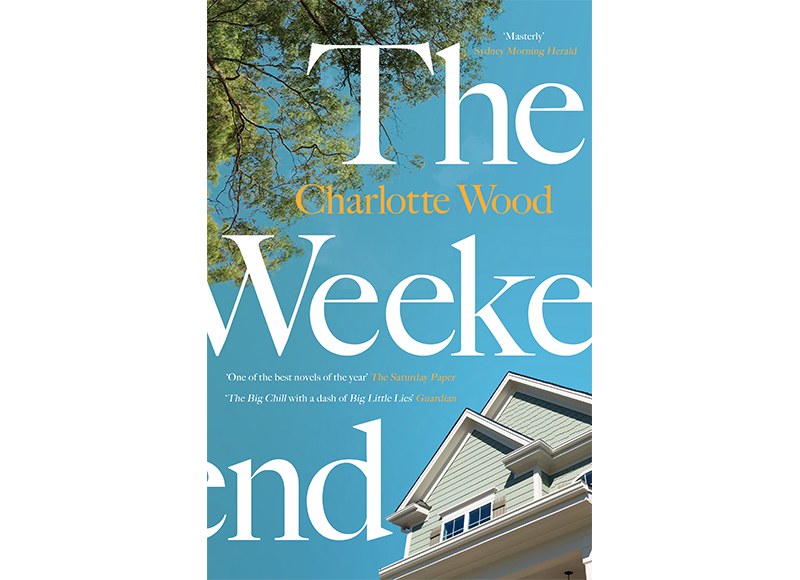 A loud cheer for novels with older female protagonists. There are three of them here, gathering to clear their old friend’s rickety beach house as a storm gathers. An unflinchingly honest and funny take on ageing and female friendship. 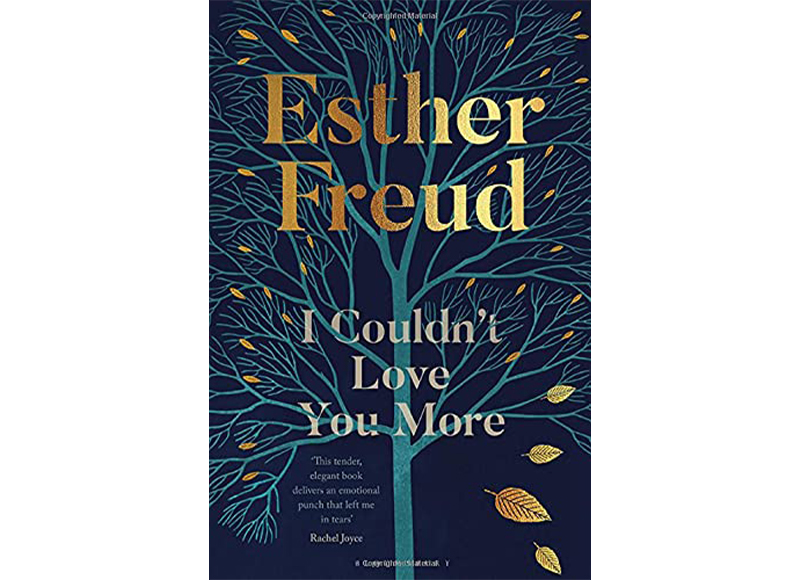 A tender and delicately crafted epic that tells the stories of three generations of women: Aoife in Ireland, at the bedside of her dying husband; Rosaleen, young, pregnant and alone in 1960s London; and artist Kate, who longs to know where she has come from. Be warned: it’s a whole-box-of-tissues weep fest. 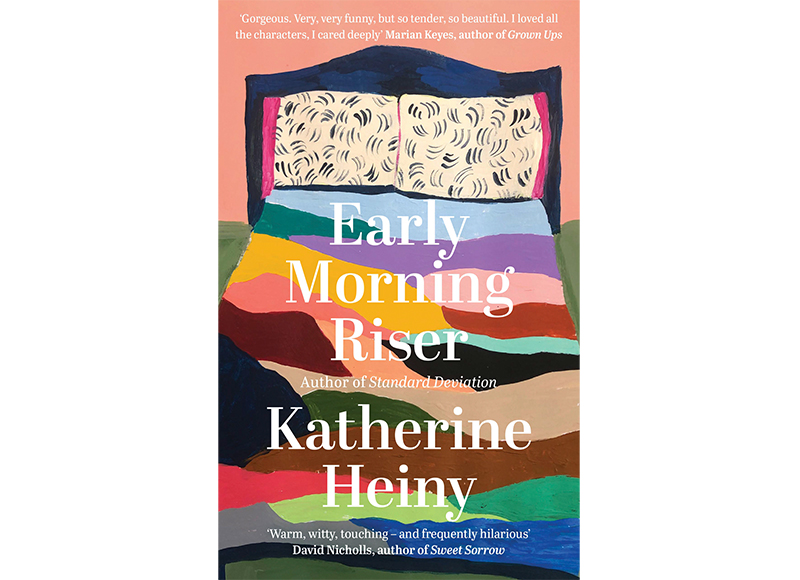 Jane is in love with Duncan, but he has a lot of exes. Then an accident changes everything Jane thinks she knows about love and family. Tender, warm and laugh-out-loud funny: Heiny is a writer of comic genius. 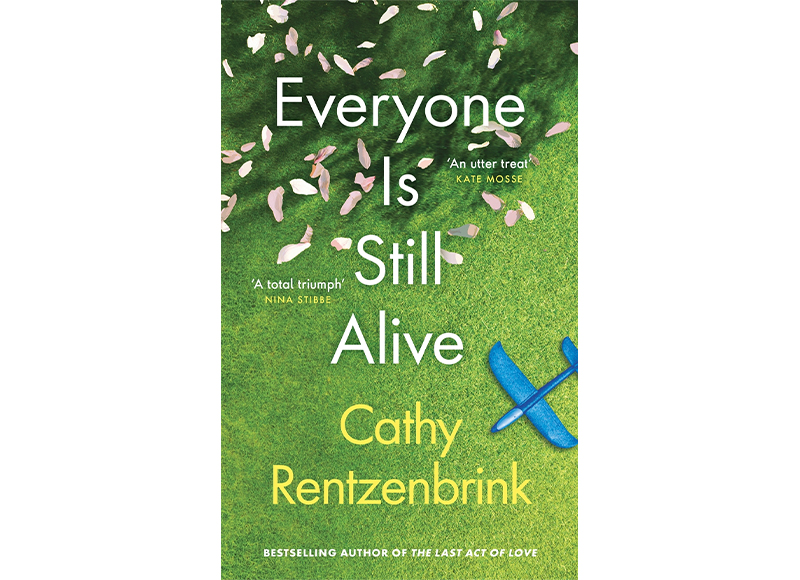 Everyone is Still Alive by Cathy Rentzenbrink (Phoenix, £14.99)

Juliet moves into her late mother’s house with her husband Liam and their young son. It is a perfectly ordinary street yet there are all manner of things going on behind closed doors which Liam is intent on using as material for his novel. One of the most insightful, real novels about family life you’ll read this year. 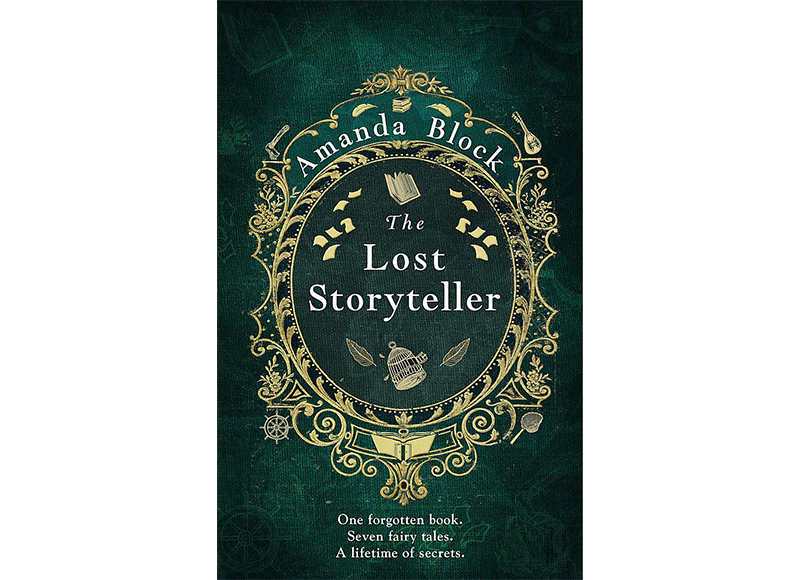 Rebecca’s father Leo vanished when she was small and she has done her best not to think of him. But now Ellis, a journalist, is asking questions and Rebecca discovers a collection of fairy tales that Leo wrote for her in which there are hidden clues. A beguiling, gorgeous book about fathers and daughters and the stories that bind and redeem us. 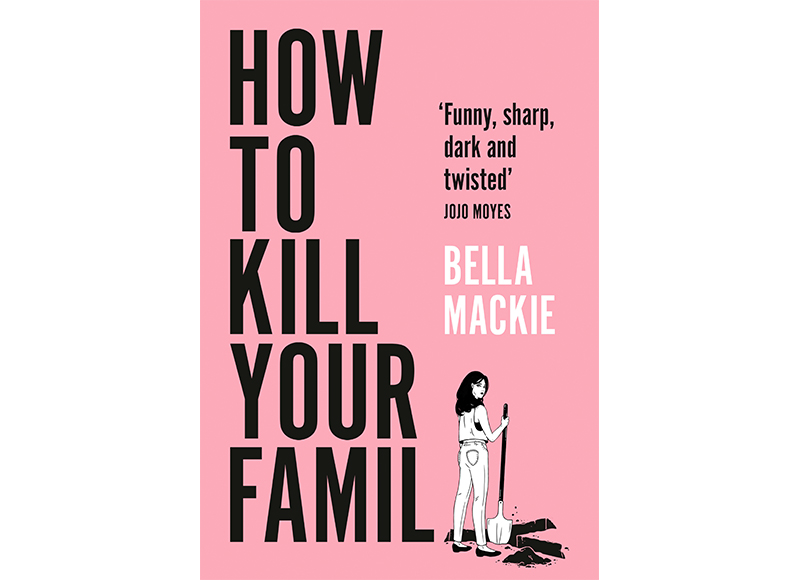 How to Kill Your Family by Bella Mackie (The Borough Press, £14.99)

Grace Bernard has been rejected by her millionaire father and she’s out for revenge ‒ by systematically killing her family off. Thing is, you find yourself rooting for this anti-heroine. Deliciously dark and twisted.

FOR A MURDER MYSTERY TRIP 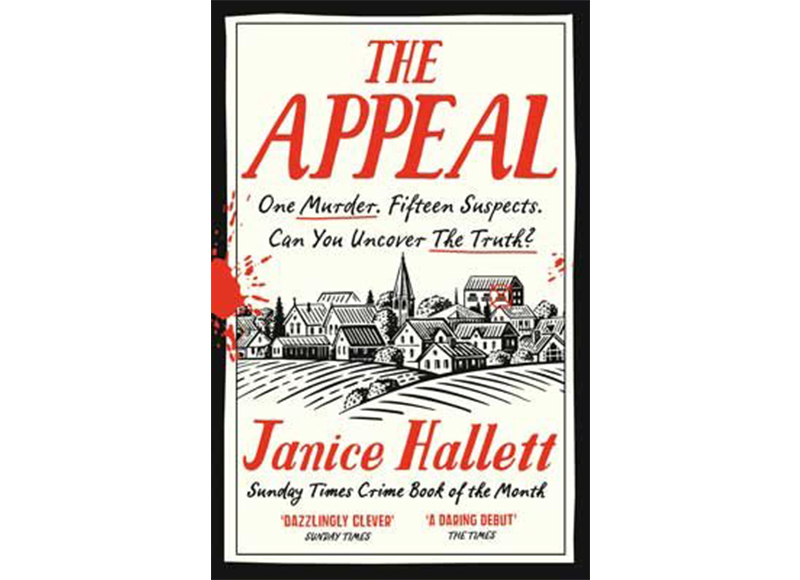 Hallett rewrites the traditional crime novel, presenting the reader with a bundle of legal evidence about the sinister ‒ and murderous ‒ goings-on in a village theatre group. Can you work out whodunnit? It’s witty, clever and completely addictive. 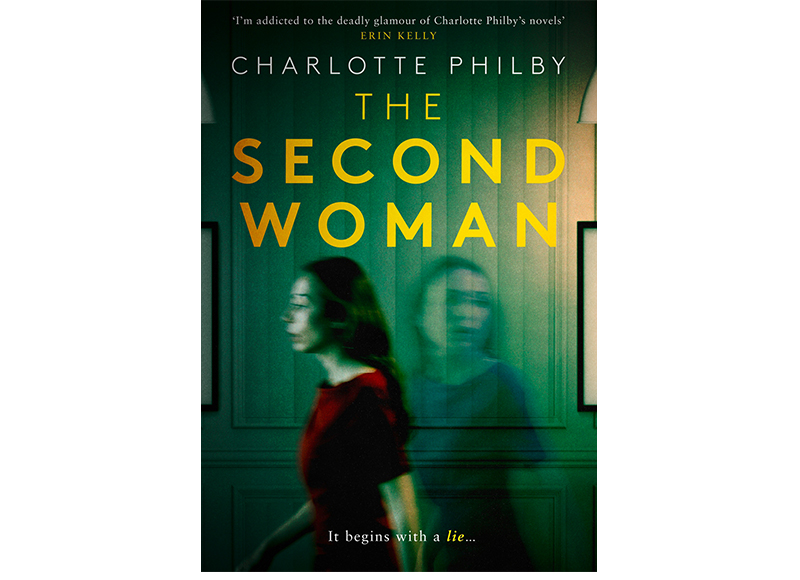 The Second Woman by Charlotte Philby (The Borough Press, £14.99) 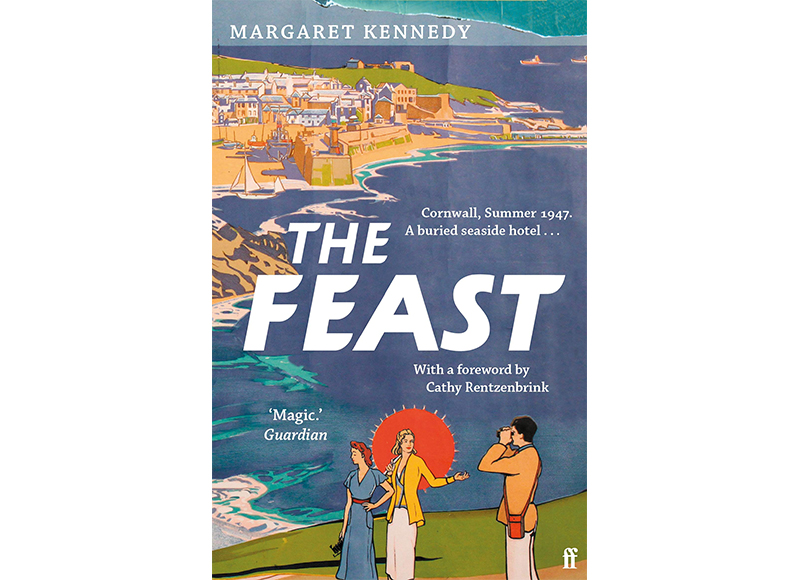 It’s midsummer 1947, and Pendizack Manor Hotel is buried in the rubble of a collapsed cliff ‒ along with some of its eccentric guests. A playful, thoughtful fable wrapped up in a golden-age mystery with a side of old-fashioned Cornish seaside holiday ‒ this reissued classic is worth discovering.

DREAMING OF A MYSTICAL VOYAGE? 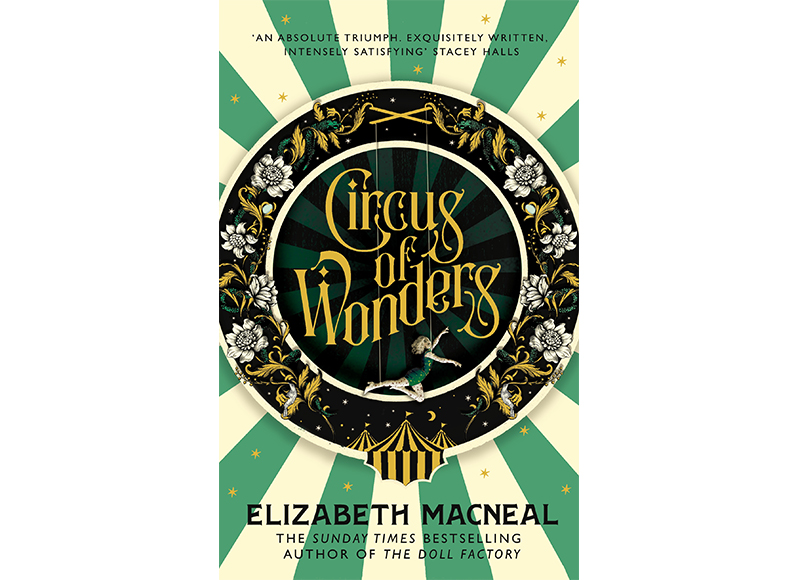 In 1866 Victorian England, Nell is ostracised by her community owing to the birthmarks that cover her skin. But then her father sells her to a circus and she becomes aerialist Leopard Girl. As she turns into ‘the eighth wonder of the world’, power ‒ and love ‒ begin to shift in her favour. Mesmerising. 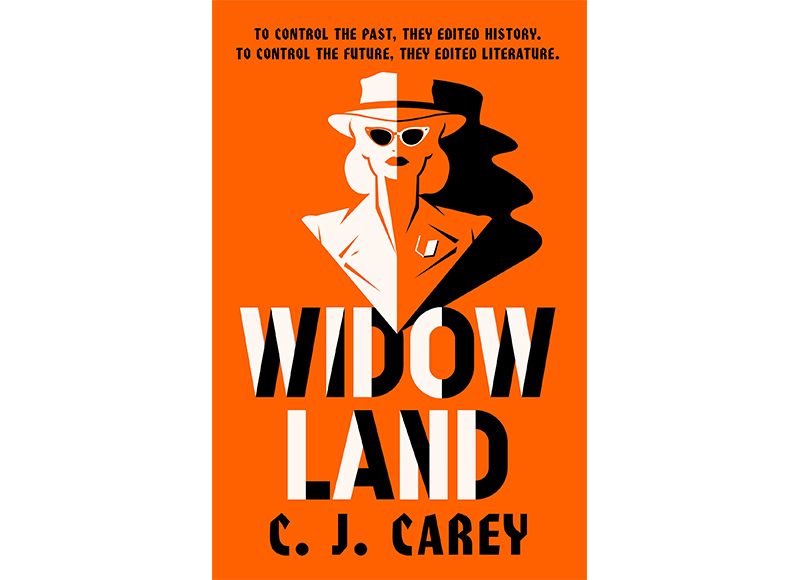 Following an alliance between Britain and Nazi Germany, 1950s Britain is ruled by a sinister Protector and women are subjugated to a caste system. Unrest is rife and Rose Ransom is sent to infiltrate the slums where childless women over 50 are banished. A gripping, chilling dystopian fantasy: think Atwood meets Orwell. 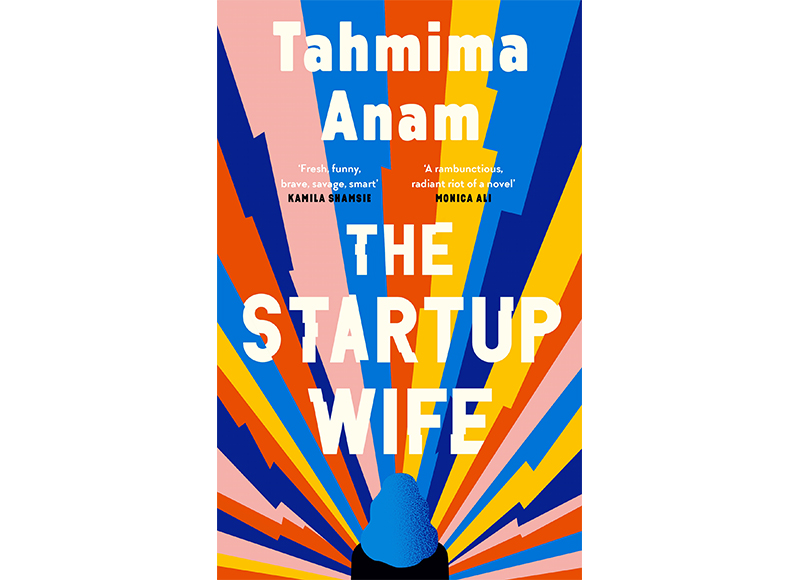 A sparkling, whip-smart satire on start-up culture, taking in ambition, love and feminism. Computer scientist Asha creates a social networking app,butaman‒the charismatic Cyrus ‒ takes the credit and the glory. Asha must find her own voice and use it. 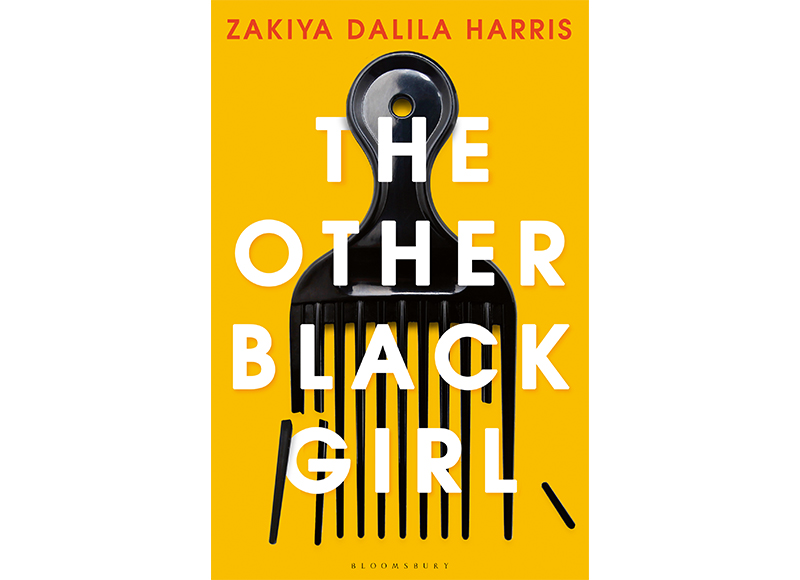 The Other Black Girl by Zakiya Dalila Harris (Bloomsbury, £14.99)

A witty commentary on race and the workplace. Nella is the only black employee at a publishing house until Hazel arrives. But then events spiral into sci-fi and end with a movie-worthy twist. 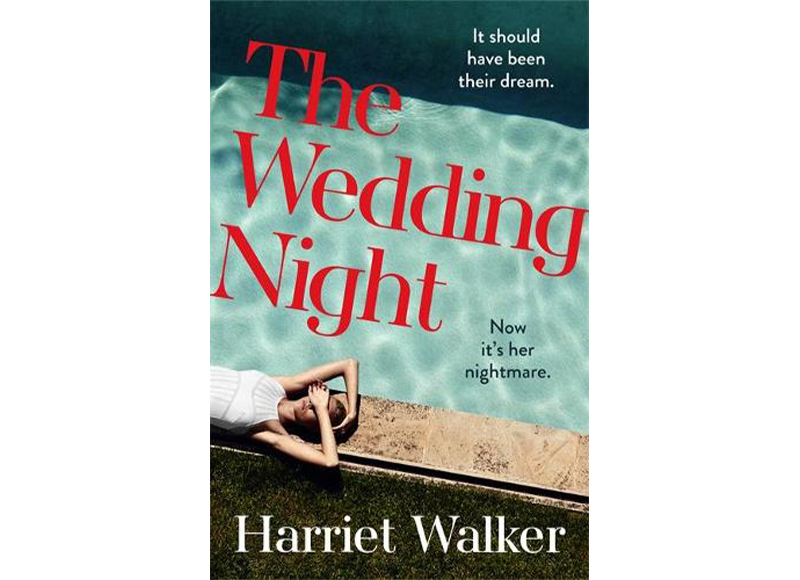 Lizzie has called off her wedding to Dan at the last minute but as the château is booked, Lizzie’s friends persuade her to go. It soon becomes clear that someone has a sinister agenda. An intricately plotted portrait of revenge, toxic relationships and female friendship.

To order any of these books with a 15 per cent discount, go to mailshop.co.uk/summerbooks