It was the year it all happened for singer and TV Presenter, Alesha Dixon – she opens up her photo album from the early days of girl group Mis-teeq.

It all started with a dance class

I’d always been musical – singing in the school choir and getting solo pieces in plays – but I didn’t have a clue how to get into the pop world. Then I went to a street-dance class in London and within two weeks I was approached and asked if I sang and wanted to be in a group. I was thankful every day for the opportunity to be in Mis-teeq. Here we are at the 2001 DanceStar awards [pictured below with bandmates Sabrina Washington and Su-Elise Nash].

Our hard work paid off

When I joined the group we had no idea what the future held. We put our trust in each other’s hands. We worked so hard and when success did come we really enjoyed it. This is from the video shoot for our second single ‘All I Want’, which got to number two – we’re gossiping, giggling and having fun. I am still good friends with the girls – we’ve got a Mis-teeq WhatsApp group. 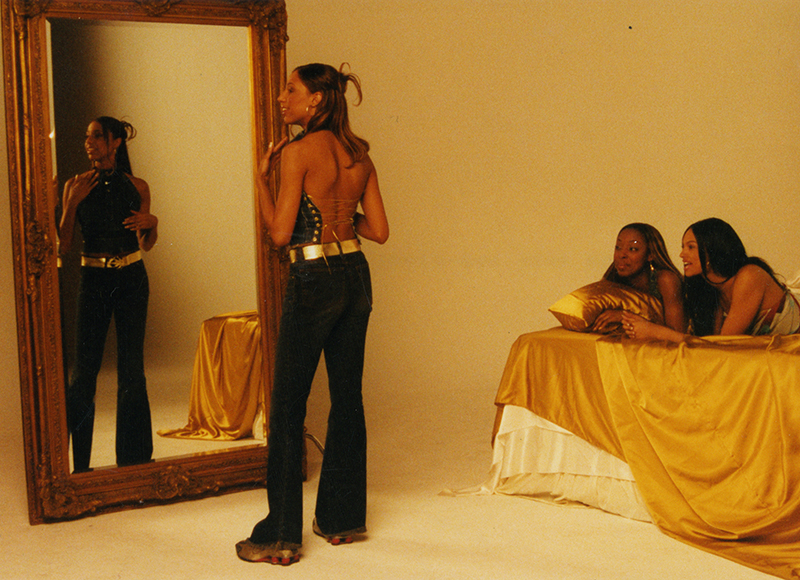 My styling was very bold

There was no less is more back then! With my first pay cheque from the band I went on a shopping spree at Topshop. It was like Supermarket Sweep – we were throwing everything we could get our hands on into the basket! 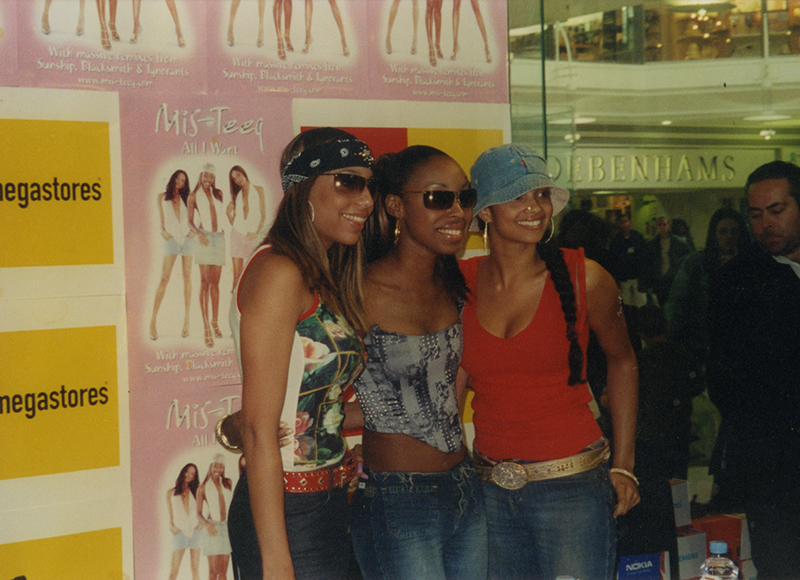 I was 22 when I signed to a label and soon we were spending a lot of time on Channel 4’s Popworld [pictured with presenter Simon Amstell]. It was like a second home. 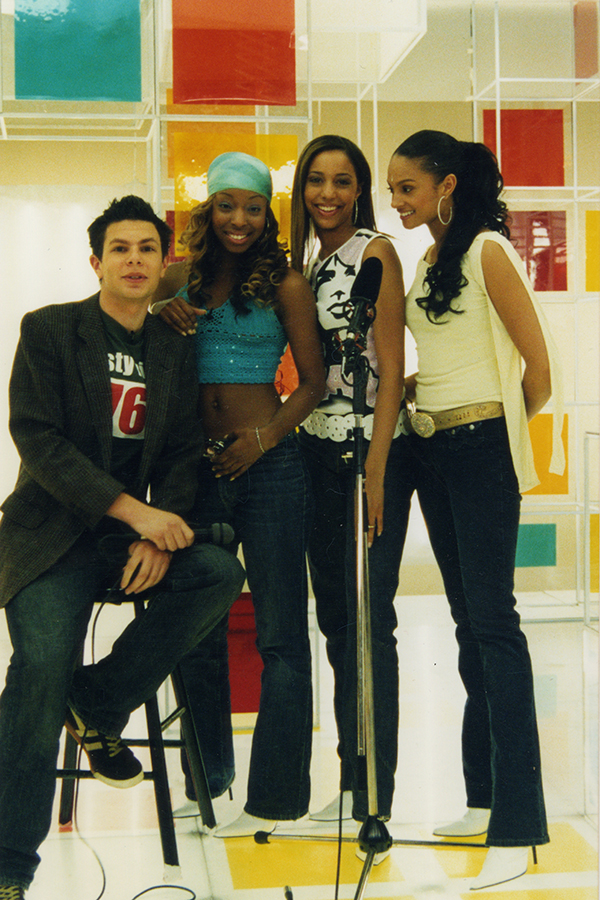 But I had to step outside my comfort zone. In my late teens I was outwardly confident, but inside I was nervous of everything. Being in the group made me more self-assured. Going on Top of the Pops was the most amazing experience. The first time, it felt like the beginning of something really special. 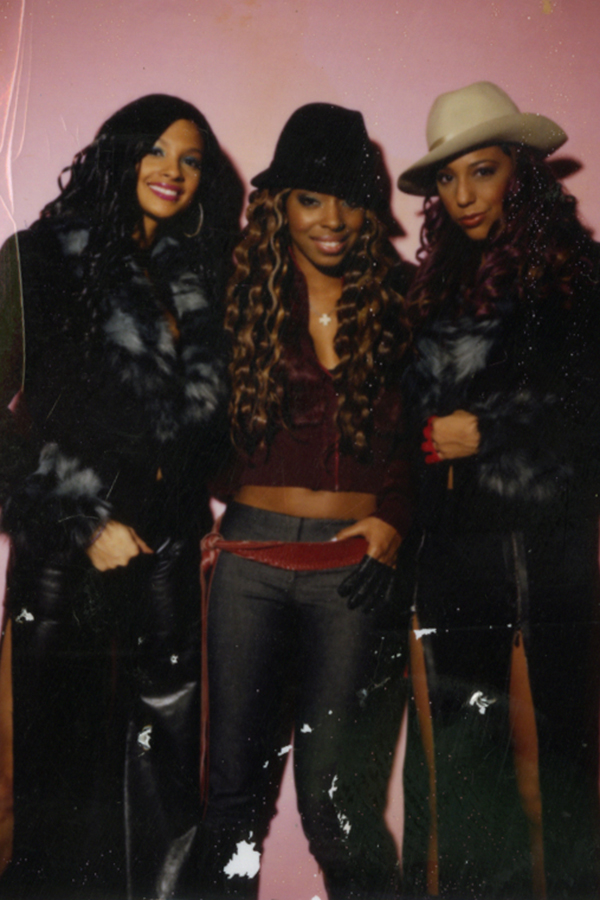 Singing at the Mobos was a major moment. We were super-proud to represent the UK.

We did a show in Germany with motorbikes! I saw the world – the first time I flew was first class to Brunei. Before that I’d only been to Butlin’s in Clacton and Devon. 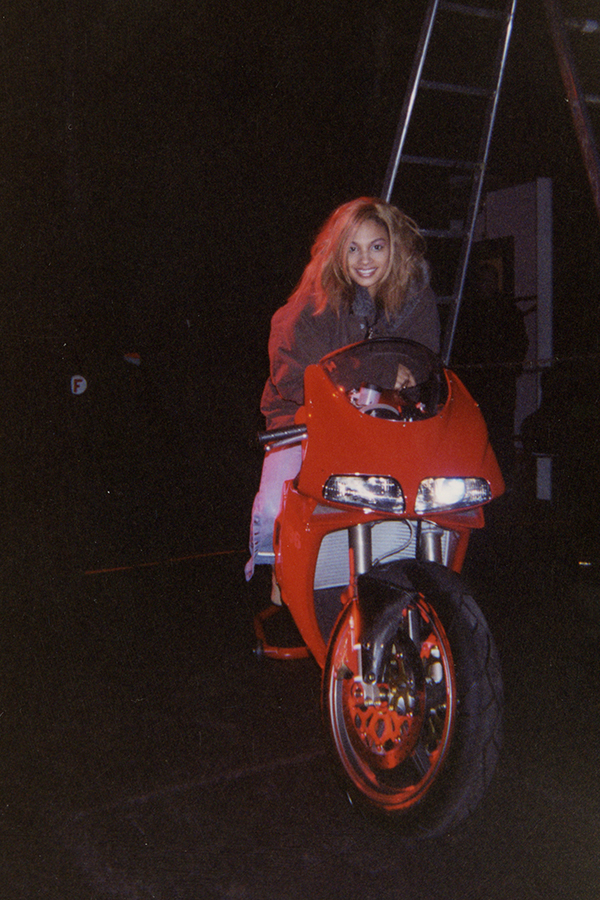 By Charlotte Pearson Methven
Alesha is supporting the Always #EndPeriodPoverty campaign. For every pack sold until 16 September, Always will donate a pad to UK schoolgirls in need.